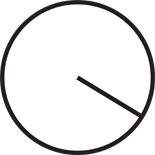 “Slowness […] allows us to experience our present with all its different speeds, and in all its complexity and diversity.” - Lutz Koepick The Aesthetics and Politics of Slowness: A Conversation

Radius’ exhibition DECADE examines slowness, calling attention to radio’s relationship to time. In this celebratory moment, Radius presents commission works by Hali Palombo and DinahBird & Jean-Philippe Renoult, as well as a new 24/7 FM and online broadcast exhibition of the Radius Library and Episode archives. Radius Episodes 91 and 92 are new episodes commissioned specifically for the Experimental Sound Studios’ presentation of DECADE which feature a video and audio installation to be viewed outside ESS’s Audible Gallery, as well radio broadcasts of work by Hali Palombo and DinahBird & Jean-Philippe Renoult. Radius DECADE broadcasted live throughout the run of the exhibition from May 14, 2020 until June 14, 2020 locally on 87.9-FM in West Edgewater neighborhood, 89.7-FM in Heart of Chicago neighborhood, and streaming online 24/7 at http://theradius.us.

GRAND DETOUR is a slow-scan television broadcast and soundscape. Named after an unincorporated census-designated place in Illinois, GRAND DETOUR depicts 32 desolate Midwestern scenes. Empty malls, weathered parking structures, shuttered toll booths and other cast-offs are revealed line-by-line via slow scan television, an increasingly obsolete method of image transmission via radio signal. The SSTV frequencies weave in and out of field recordings taken at the corresponding locations broadcasted, resulting in unnerving, hollow soundscapes punctuated by jarring bursts of data. Slow-scan television is a method of radio communication slowly growing obsolete - a suitable medium by which to portray the Midwestern decay in GRAND DETOUR.

“The goldline” is a nick-name for the physical route that high frequency algorithms make between the New York and Chicago stock exchanges via a network of microwave radio radio repeaters. This episode documents a ‘slow’ road trip following these microwave repeater outposts and their surroundings using image and sound, learning about past and present uses of these transmission towers that are both a material memorial to radio history, and a physical reminder of passing time.